I cant believe that we're already looking at colleges for
my BABY.
While you're in the daily grind,
some days, weeks and even months seem to draaag!
But looking back
time has flown,
and it's sad for dis momma.

On Monday we took Dre up to visit Weber State.
I have never been up there
and
was pleasantly surprised and impressed with the campus.
We met with the defensive coordinator,
then slowly one by one
the entire football coaching staff came out to talk to us,
so that was a bonus and a good sign.
They have a really good football program
that I guess is on the rise.
Weber State is a smaller school (division 1 AA0.
Dre is a mellow, not "show-boaty" type of kid
(in stark contrast to some of our other children, whose names will be withheld)
so he felt really comfortable there.
Hmmm,
perhaps we'll be the proud parents of a Wildcat? 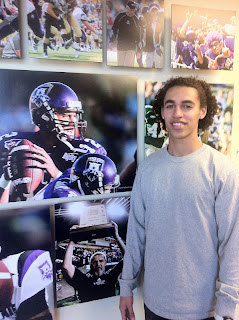 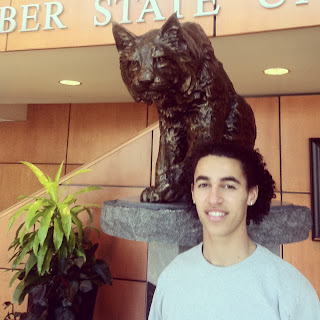 While we were driving back from Ogden,
the craziest thing happened.
Will got a call from Utah State
saying that they had just watched Dre's film
and wondered how soon we could come up there
to meet with the coaching staff.
CRAZY!
So the very next day
we made the hike up to Utah State in Logan.
It is in the MIDDLE OF NOWHERE!
Once you get there,
Logan is a regular town,
but the process of getting there,
Oh My.
Utah State is a division 1 school with division 1 facilities.
It was sooo nice!
We met the coaching staff and talked for awhile with the team academic counselor.
He stays ON TOP of these student athletes
and has the entire team at or above a 3.0!
now that's Impressive with a capital I!
That in itself made the
"scared to death to send my baby off to college"
fear subside a bit (a bit).
The team was about to start practice
so they invited us to come down and watch.
We especially paid close attention to the corner backs,
and with a little weight and muscle packed on,
Dre matched up perfect.
It's a much bigger school than Weber State,
which Dre noticed and commented on immediately.
But we'll see...

Hmmm,
maybe we'll be the proud parents of an Aggie? 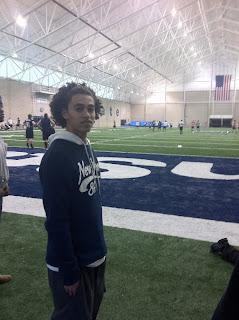 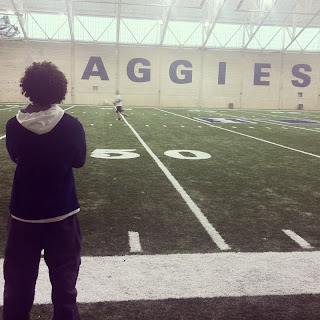 Decisions, decisions...
(and isn't my baby still like 4? oh where has the time gone?)
Posted by Courtney Snowden at 11:00 AM 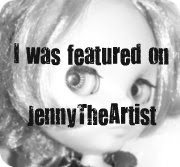